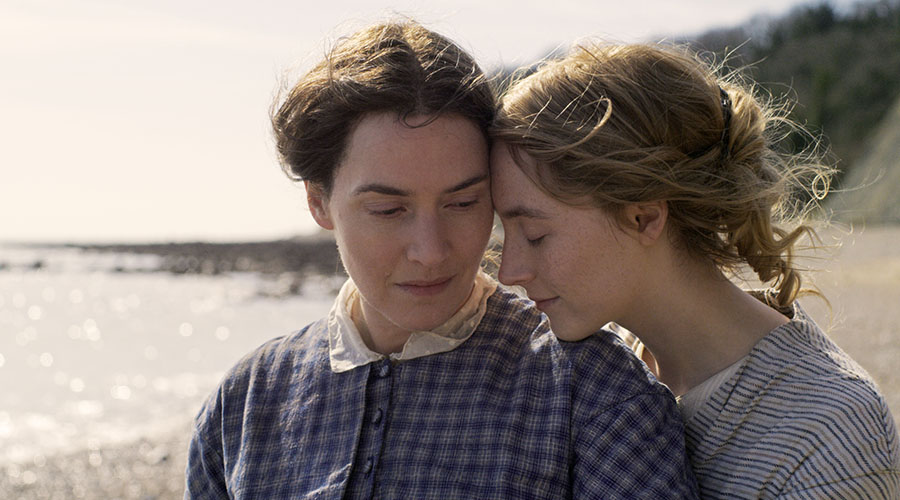 The 2020 British Film Festival returns to Australian screens this November!

Presented by Palace, the British Film Festival will screen from 10 November in Sydney, Brisbane, Perth, Adelaide, Canberra and Byron Bay at reduced capacity and late November in Melbourne, when restrictions permit.

The British Film Festival celebrates the finest filmmakers and acting talent British cinema has to offer and the 2020 programme features some of the most anticipated films of the year – from powerful true stories and literary adaptations to biographies and documentaries.

AMMONITE from writer/director Francis Lee. Having just debuted in the UK to rave reviews, the film, set in 1840s England stars Kate Winslet and Saoirse Ronan as a palaeontology pioneer and a young woman and the story of their forbidden love.

A discovery at a school for the daughters of the Nazi elite leads to a series of deadly events in this true story war drama, SIX MINUTES TO MIDNIGHT starring Eddie Izzard and Dame Judi Dench.

From its world premiere at Sundance Film Festival, dramatic thriller THE NEST featuring Jude Law and Carrie Coon, sees life for the British entrepreneur and his American family begin to take a twisted turn after moving into an English country manor.

And SUMMERLAND, a romantic drama set in World War II and starring Gemma Arterton as an English woman who opens her heart to an evacuee in a touching story of love and friendship.

Retrospective screenings, all screened in stunning 4K restoration, include: THE ELEPHANT MAN, an unforgettable story of dignity and survival; and classic cult sci-fi adventure FLASH GORDON, adapted by Lorenzo Semple Jr and Michael Allin from the 1930s comic-strip serial and with a soundtrack composed, performed and produced by Queen. Both titles are celebrating their 40th anniversary.

The full programme will be announced in the coming weeks.