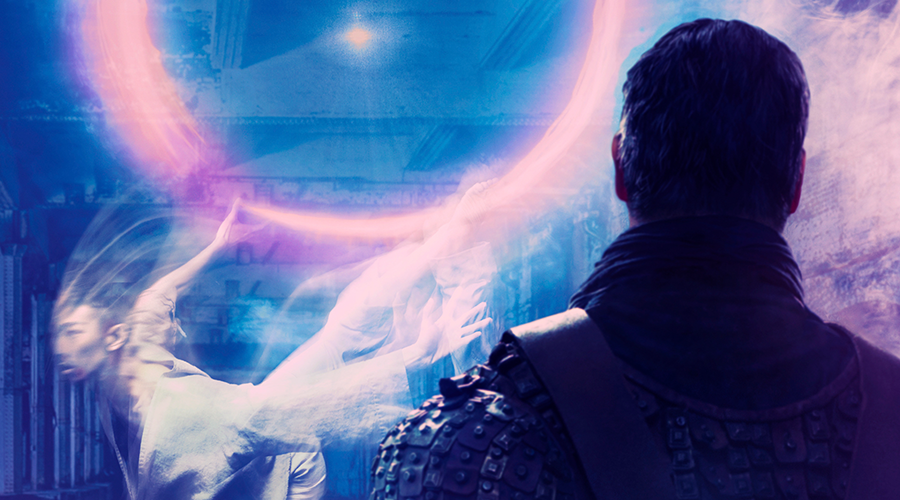 Don’t be fooled by a massive, but seemingly empty warehouse. The vast industrial space is home to Invisible Cities, the most ambitious project yet undertaken by Brisbane Festival.

Built out of necessity to house the epic work it will host, the bespoke1050-seat auditorium will exist for five nights only – making it a true ‘festival-only’ experience.

Loosely based on the 1972 novel by Italian writer Italo Calvino, Invisible Cities is an audacious multi-artform spectacle, a fantasy conjured by an international team of creative innovators that plays its exclusive Australian season from 24 – 28 September, made possible with new support from the Queensland Government through Arts Queensland, Screen Queensland and
Tourism and Events Queensland.

Audience members are invited inside a cavernous warehouse on Fairfield Road at Yeerongpilly, in Brisbane’s south, which seems at first devoid of any physical elements.

As they take their seats around a central space, visions of cities are conjured out of thin air via a spellbinding mix of theatre, choreography, music, water, sand, projection mapping and technical wizardry.

The audience becomes immersed in the foundation of Zenobia, a city of joy; Beersheba, a celestial city of gold; Isadora, a city of promise, seduction and desire.

“So city by city, the famous explorer must transcend the language barrier to describe these farflung places,” Mr Berthold said.

“As Marco Polo’s descriptions gain confidence, the evocations of these cities will become more spectacular, surreal and elaborate”.

“In a striking contrast, we will see Kublai Khan’s immediate physical world begin to dissolve.”

“Finally, we are shown the humanity and fragility that exists in all cities, and the instability of even the most ingenious of civilisations.

“We see that for all the design and planning that goes into cities, the true meaning of a city is found in the events that happen within them, and how the people respond.”

“This is a huge undertaking and I am confident it will set a new benchmark in performance innovation and scale for the Festival, for Brisbane, for Queensland, and indeed for the world”.

Leo Warner, director and founder of 59 Productions says; “Invisible Cities explores how we can find a way to live amidst the chaos of civilisation. It examines how the choices and actions of humanity shape the world around us, and how the cities we inhabit affect how we live our lives.

It is a huge privilege to mount such an ambitious and multi-disciplinary production on a world stage, and to work with this extraordinary team of creative and technical collaborators”.

Artist Director and Chief Executive at Manchester International Festival, John McGrath said “Invisible Cities is a truly breathtaking performance, created by some of the most exciting artists working today in a unique interdisciplinary collaboration, and we’re thrilled that it’s coming to Brisbane Festival. It has been a great joy to work with Brisbane as co-producers on this visionary work – as a result of working together, we have been able to achieve an extraordinary artistic ambition and I am confident that Brisbane Festival’s audiences will be amazed by the results.”

An exclusive professional development program will run in conjunction with Invisible Cities, providing opportunities for local artists and practitioners to learn from the global leaders fronting the project.

The production of Invisible Cities has been made possible through support from the Queensland Government through Arts Queensland and Tourism and Events Queensland. Brisbane Festival features on the It’s Live! in Queensland events calendar, worth $800m to the state’s economy in 2019.