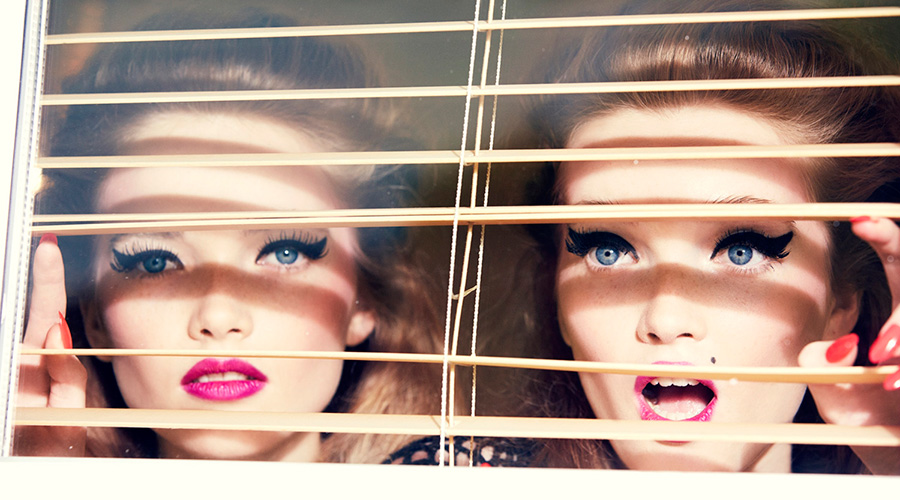 Fashion on Film at ACMI

Presented as part of the Virgin Australia Melbourne Fashion Festival (VAMFF) Cultural Program’s Project Series 2015, the Australian Centre for the Moving Image (ACMI) presents Fashion on Film, screening from Saturday 21 February to Sunday 8 March 2015. From the pioneering house of Balmain, to the stylish streets of Naples and a journey back in time to the iconic trends of the 1990s, this season is all about the evolution of fashion.

Opening the season is the Australian premiere of And Then There is Naples (E poi c’è Napoli) (2014), in which director Gianluca Migliarotti travels to the epicentre of men’s tailoring. Bespoke Neapolitan trouser maker Salvatore Ambrosi guides audiences through the ancient city of style where he encounters local designers and commentators who offer rare insights into the art of tailoring. Other traditional crafts are explored, which lead to a captivating exchange with a 120-year old Portolano glove maker and a couple of even older luggage and shirt makers.

To complement the first screening of And Then There is Naples, ACMI Film Programmer, James Nolen will host Sartorial Saturday, a two-hour guided walking tour of Melbourne that uncovers the many exquisite products featured in the documentary. A short film by Noel Smyth, titled POP (4 mins) accompanies each screening of And Then There is Naples. POP is a finalist in the VAMFF Film 2015 competition and showcases the latest Melbourne-made menswear collection from Article by Courtney Holm.

Audiences are given extraordinary access to archival footage as Prigent beautifully illuminates a decade marked by important social change and fearless fashion. Fashion in the 1990s screens alongside Crystals and the Postman are a Girl’s Best Friend (3 mins), a short film from accomplished fashion photographer Ellen von Unwerth. Featuring the label Sister by Sibling and Swarovski crystals, the film is a finalist in the VAMFF Film 2015 competition.

Loïc Prigent’s new documentary, The Balmain Style (La Ligne Balmain) (2014) seamlessly interweaves historical footage of founder, Pierre Balmain with the modern day vision of designer, Olivier Rousteing as he lifts the Autumn/Winter 2014 collection from the pages onto the runway. At only 28 years of age, Rousteing has injected a revitalised energy into the hallowed fashion house of Balmain. Established after the Second World War by Pierre Balmain, the label has been worn by fashion icons such as Katherine Hepburn, Sophia Loren, Brigitte Bardot, Rosie Huntington-Whiteley and Rihanna.

Premiering in Australia, The Balmain Style illuminates how within only a few seasons, Rousteing has cemented his place in the new guard of fashion designers, re-energising the celebrated fashion houses of Paris. Accompanying the documentary is Julian Lucas’s and Jarred Osborn’s short film and finalist in the VAMFF Film 2015 competition, Aaizel(2 mins). Produced by prolific fashion filmmaker Hannah Bellil and starring models Adhiel Tuba and Nichola Jayne,Aaizel showcases the sculptural designs of Minhee Jo in her second womenswear collection.

Premiering in Australia, Pop Models (Les Mannequins, corps de la mode) (2014) is a documentary from director Olivier Nicklaus (Fashion Pack). It chronicles the transformation of the fashion model from the liberation of Paris after the Second World War, to the rise of the supermodel, through to the 21st century, when a boy from Broadmeadows stole the show.

Fascinating interviews with industry veterans, magazine editors, photographers and the models themselves capture the evolution of the model. Twiggy, Marisa Berenson, Jerry Hall, Cindy Crawford, Naomi Campbell, Linda Evangelista, Christy Turlington, Tatjana Patitz, Cara Delevigne and Melbourne’s own Andreja Pejic are just some of the names that reign supreme. Pop Models screens with Cover Girl (4 mins), a short film by Henry Joost and Ariel Schulman, one of the international finalists in the VAMFF Film 2015 competition. Cover Girl follows Lena Dunham (of Girls fame) as she prepares for her first Vogue cover shoot.

Wrapping up the season is Mademoiselle Agnès and her partner in crime, Loïc Prigent as they round up the latest from the catwalk in the Australian premiere of Dressed up for Summer 2015 (Habillé(e)s pour printemps-été 2015)(2014). From the season’s major parades by Dior and Chanel, to the farewell marathon Miss France-inspired Ready to Wear runway show by Jean Paul Gaultier, these two have it all covered. Moschino’s creative director, Jeremy Scott offers his five cardinal rules of politeness during fashion week, whilst across the pond, 26 year-old Thomas Tait shares the hottest trends from British stalwart, Burberry. Mademoiselle Agnès also takes a look back at 30 years of fashion in her own unique way.