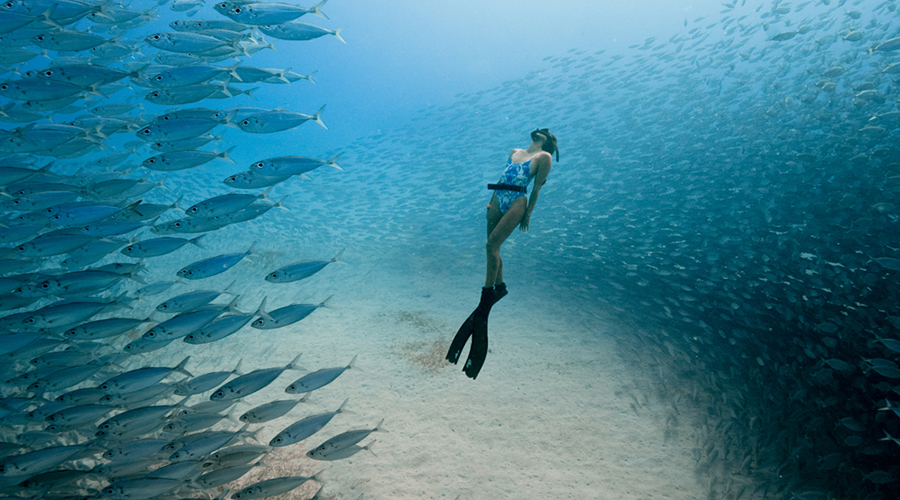 Australian audiences will be able to immerse themselves in the wonders of the ocean without getting their feet wet this coming March as the Ocean Film Festival Australia makes a splash in cinemas across the country. The festival, which features a carefully curated selection of the world’s most captivating ocean-themed will light up silver screens in 29 towns and cities.

Designed to mesmerise and enthral, the Ocean Film Festival World Tour showcases more than two hours of sublime footage taken above and below the water’s surface. The films document the beauty and power of the ocean, and celebrate the divers, surfers, swimmers and oceanographers who live for the sea’s salt spray; who chase the crests of waves; and who marvel at the mysteries of the big blue.

Heart-stopping shots of surfers riding wild waves and adrenaline-inducing scenes of divers swimming with white sharks will leave audiences on the edges of their seats. Viewers will gasp for breath as they follow the stunning marine life in Patagonia and the Artic and embark on a record breaking voyage.

Net your tickets at www.oceanfilmfestival.com.au and visit the Ocean Film Festival Australia Facebook page for updates and undersea tasters.