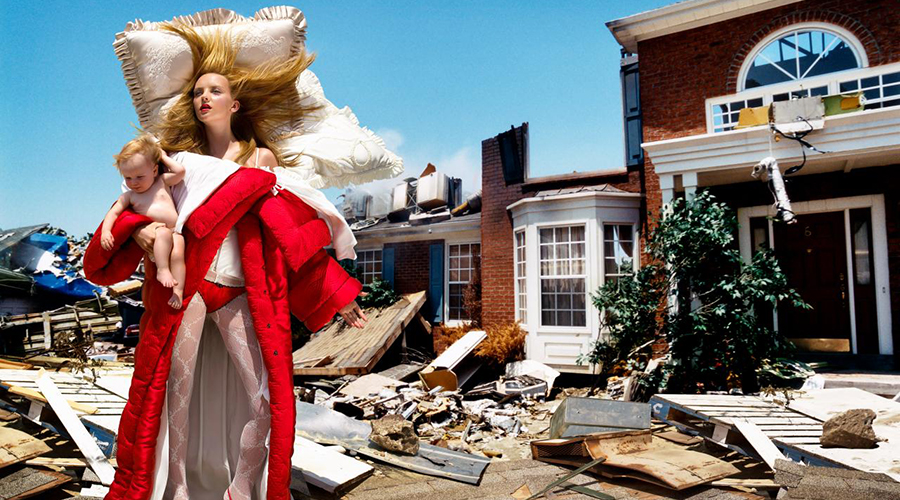 The spectacular and avant-garde creations of Dutch fashion designers Viktor & Rolf are on display in Australia for the first time in an exhibition organised by the National Gallery of Victoria in close collaboration with the designers.

Viktor&Rolf: Fashion Artists explores Viktor & Rolf’s radical conception of ‘wearable art’. Since forming their creative partnership in 1992, Viktor Horsting and Rolf Snoeren have gained critical acclaim for their cerebral and witty approach to couture. The exhibition, which coincides with the luxury fashion label’s twenty-fifth anniversary in 2017, explores the elements that make Viktor & Rolf designs unique in the contemporary fashion world.

Viktor&Rolf: Fashion Artists features some of the Dutch design duo’s most show-stopping and innovative works, drawn from the Viktor & Rolf archive as well as museum collections in the Netherlands.

In addition to showcasing over 40 signature ensembles from the designers’ haute couture and ready-to-wear collections and early installations, displayed throughout two fashion galleries are 21 exquisite dolls, traditionally handmade by a Belgian doll maker using porcelain, papier-mâché and human hair, and each wearing an intricately crafted miniaturised version of a key collection work. The first dolls were created for The House of Viktor & Rolf (2008, Barbican Art Gallery, London), and the designers have celebrated each major collection since with a new doll dressed in an emblematic design.

Visitors can also access a video gallery of runway footage, illustrating the complexity of Viktor & Rolf’s runway shows, which are often likened to performance art, and experience the mesmerising and intriguing Timepiece installation, specially commissioned for the exhibition. Inspired by Vagabonds, Viktor & Rolf’s most recent haute couture collection, this fantastical work contrasts the antiquated charm of a porcelain doll with the sophistication of twenty-first century animatronics. Viktor&Rolf: Fashion Artists has been developed in close collaboration with Viktor & Rolf and international guest curator Thierry-Maxime Loriot, curator of the blockbuster exhibition The Fashion World of Jean Paul Gaultier, shown at the NGV in 2014–15.