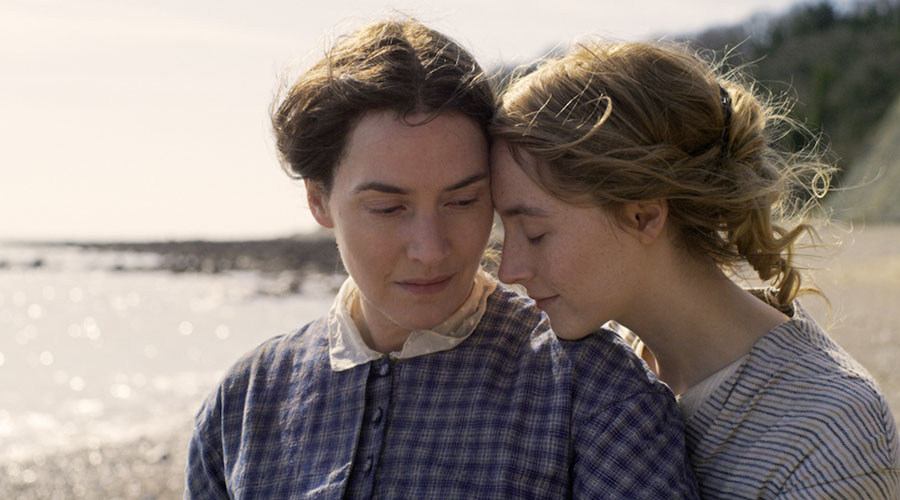 Thanks to Transmission Films we have five in-season passes to giveaway to Ammonite!

Led by powerful performances by Kate Winslet (The Dressmaker, Titanic) and Saoirse Ronan (Lady Bird, Brooklyn), Ammonite is set in1840s England. Acclaimed but overlooked fossil hunter Mary Anning and a young woman sent to convalesce by the sea develop an intense relationship, altering both of their lives forever.

Directed and written by BAFTA nominee filmmaker Francis Lee, Ammonite is a follow up to Lee’s astounding debut, God’s Own Country.

With the days of her famed discoveries behind her, she now searches for common fossils to sell to tourists to support herself and her ailing mother. When a wealthy visitor entrusts Mary with the care of his wife Charlotte Murchison (Saoirse Ronan), she cannot afford to turn his offer down.

Proud and relentlessly passionate about her work, Mary initially clashes with her unwelcome guest, but despite the distance between their social class and personalities, an intense bond begins to develop, compelling the two women to determine the true nature of their relationship.

Ammonite will be released in Australian cinemas January 14!
www.facebook.com/transmissionfilms

Competition will be drawn January 12, winners will be notified by mail.