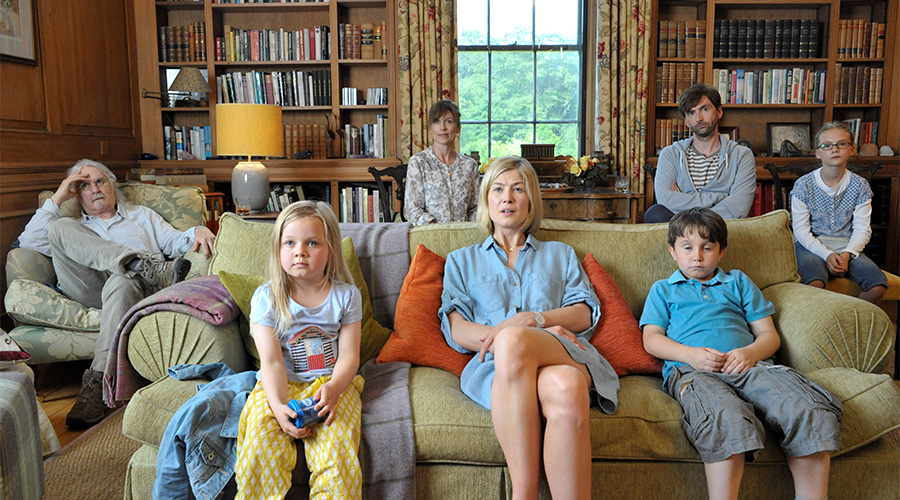 What We Did On Our Holiday Competition

Thanks to Transmission Films we have five double in season passes to give away to What We Did On Our Holiday, starring starring David Tennant (Doctor Who), Rosamund Pike (Gone Girl) and Billy Connolly!

A hilarious journey through an unforgettable family holiday as a couple attempts to keep their impending divorce secret from their extended family.

Doug (David Tennant) and Abi (Rosamund Pike) and their three children travel to the Scottish Highlands for Doug’s father Gordie’s (Billy Connolly) birthday party, where it’s soon clear that when it comes to keeping their secret under wraps their children are their biggest liability.

From nine year old Lottie’s notebook to keep track of the lies so she remembers which ones to tell, to four year old Jess’s perverse attachment to a brick names Norman, for their parents a week has never seemed such a long time.

But it’s middle child Mickey and his granddad’s shared passing for Vikings which gives rise to the most far-reaching and unexpected consequences. When a day at the beach turns to tragedy, the children take matters into their own hands.

From the creators of hit BBC comedy series Outnumbered – What We Did On Our Holiday is funny, honest and ultimately uplifting.
www.facebook.com/transmissionfilms

Competition will be drawn 11 February 2015, winners will be notified by mail.